For several years, friends of ICF have joined the IPODERAC boys for their annual Dia de los Muertos, or Day of the Dead, celebration.

Dia de los Muertos is a national holiday in Mexico when people gather to remember friends and family members who have died. Traditions include building private altars honoring the deceased using marigolds, sugar skulls, photos and favorite foods and beverages of the deceased. At IPODERAC, the boys build a theme-based altar in each of the six homes where they live and compete with the other houses for best altar.

This year, the celebration began at 6pm with a communal gathering of the boys, staff, board members and friends of IPODERAC in the outdoor arena. After inspirational words from the leaders of IPODERAC and an exercise to build self-esteem, the boys scattered to their respective houses. Guided by small candles, visitors stepped inside to hear the story each house's altar, followed by a sweet treat for everyone. Inside the chapel, the staff had built an altar in remembrance of IPODERAC's founder, Maria Elena Landa.

Impressive in stature and theme, it was hard to imagine that the boys had built the altars just that day.

After all altars were viewed, we returned to the outdoor arena where the winner was announced. This year's winner was the San Pedro house for their meaningful theme of putting their difficult pasts behind them and working toward a happy and productive future. Their reward for this victory? Pizza!

Day of the Dead is always celebrated on November 1. We hope you will consider joining us for this very special trip next year! 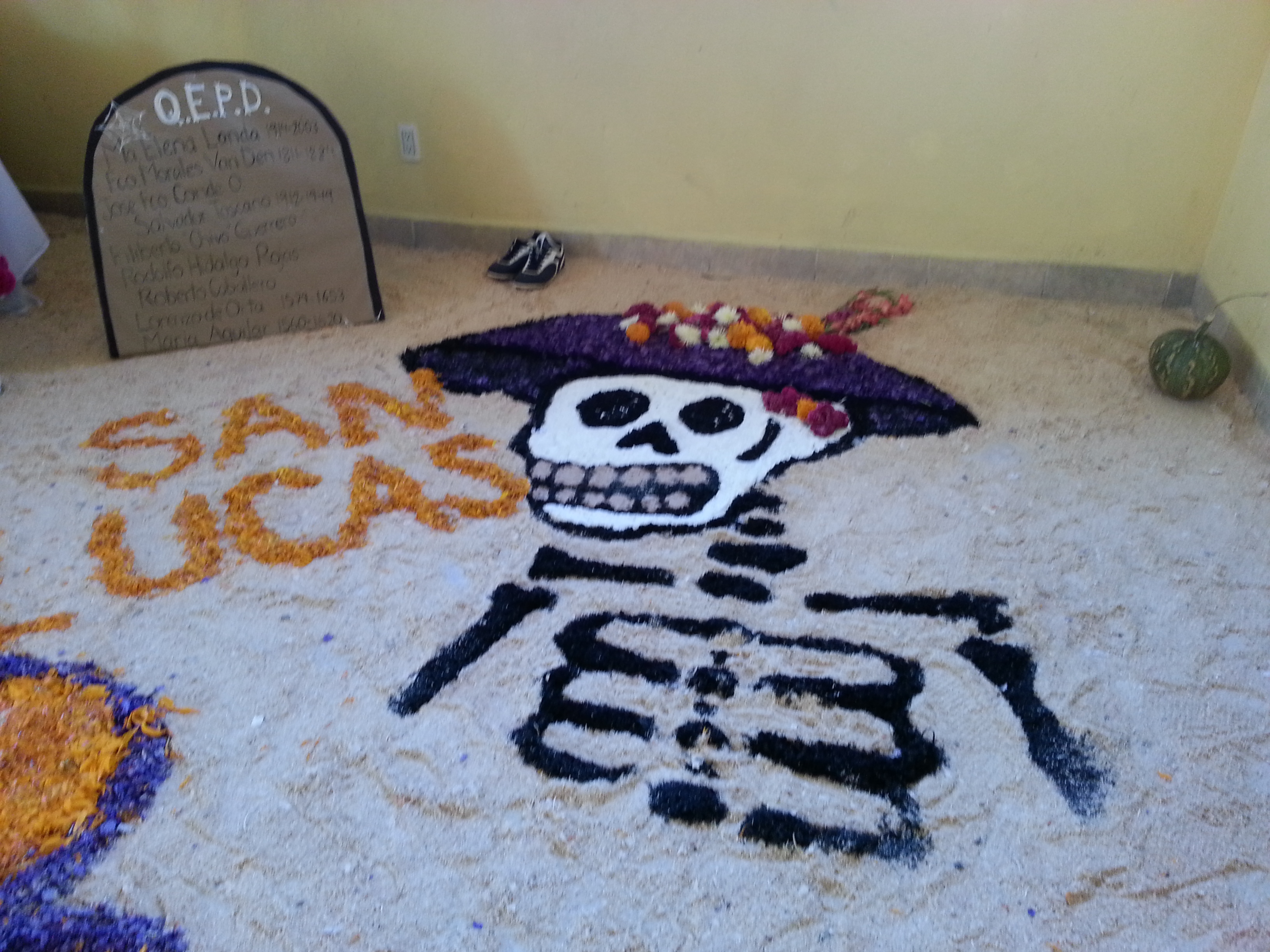